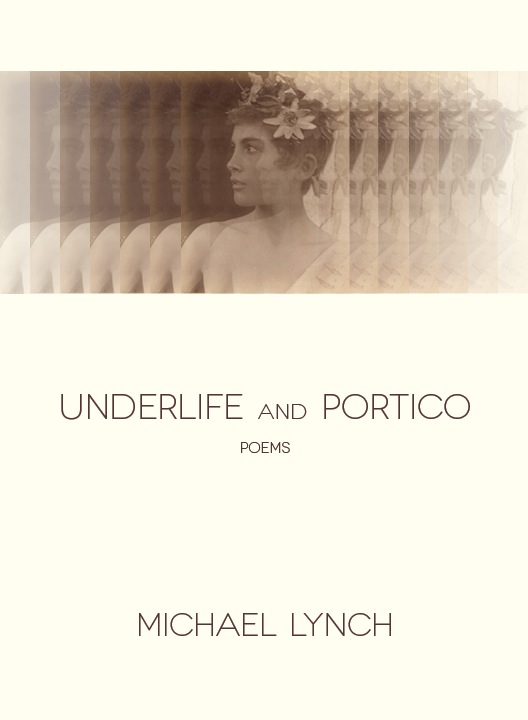 “In a series of minutely observant poems, the collection paints a picture of domesticity, of ordinary (perhaps slightly suburban) life. The images are familiar, even friendly…but there’s also another side to this set of twenty poems, in which these ordinary objects and scenes are underlined with a quiet and oppressive darkness. In this way the title of the collection is particularly apt. There’s the beauty of the portico, and the little-seen underlife with all its seething, quiet shadow. The two elements meld perfectly throughout, each balancing the other…

Lynch displays a fantastic eye for detail, constantly throwing out quirky yet effective descriptions which surprise both with their use of language and their wonderful solidity… It’s a wonderfully smart collection, where not only are the individual poems insightful and well-constructed, but the collection as a whole is itself an elegant model of mundanity and the underlife that lies beneath.”

“Michael Lynch’s poems are pure vision: language becoming image becoming language again. This is a book of poetry you’ll return to as many times as God has names.”

— Rusty Barnes, author of Breaking It Down and Redneck Poems

“These fresh, lively poems, with their playfully sexy turns of phrase (“beestung or g-strung”)—surprisingly poignant (and poignantly surprising)—are a pleasure to read. Just look at “Substantial Fascinators,” a wonderfully original love poem, where for a moment we can forgive even monsters when we remember that there was once a time when they too, like other people we loved, wore flowers in their hair.”

“These poems are ecstatic secret whispers where bits of lost worlds and fragments of the history of figurative language are pressed and repurposed. Michael Lynch lovingly explores and catalogues bodies and rooms from “the city’s occlusive voices,” to “the heart’s darkroom,” and “the mythic rhythmia of cells.” This is the kind of singular and delicate collection of curious beauties you’ll want to read again and carry with you.”

— John Cotter, author of Under the Small Lights

“Michael Lynch’s work conjures an Arcadia of bluegreen television dreams and materialist melancholy, a polyester pastoral that locates our discontents in a language lush with sensual pleasures and sensual disappointments. The gaudy, gorgeous poems of Underlife and Portico also cast a coldly loving eye on the miraculous, mundane worlds, neighborhood and family life that we are forever losing, forever inhabiting. This dazzling chapbook should be read and re-read at dusk, out in the hammock by the algae-covered pool, just as the sprinklers begin to hiss across the lawn.”

— Gregory Crosby, author of Revenge of a Mortal Hand

“Sensual and visceral…disorienting and disquieting…a loneliness akin to the loneliness that haunts many of Hopper’s paintings and Cheever’s stories suffuses Lynch’s poems.”

Michael Lynch is the author of Underlife and Portico (Aforementioned Productions, 2013). His poems have appeared or are forthcoming in Hayden’s Ferry Review, Switchback, In Posse Review, Harvard Divinity Bulletin, and elsewhere. He lives and writes in Boston.