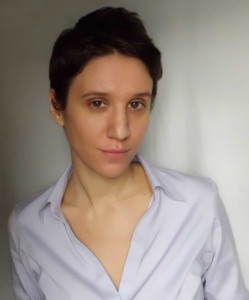 Our production of White Rabbit Red Rabbit is less than two weeks away! We hope you’ll join us at OBERON to discover Nassim Soleimanpour’s top-secret show.

And in the meantime, we hope you’ll read on for interview with our own Carissa Halston. She’ll be performing on opening night, Monday, November 14.

So much of White Rabbit Red Rabbit is a mystery. You can’t read the script, can’t memorize the script, can’t rehearse anything. We, of course, love the idea—but what makes this sort of risk attractive to you as a performer?

I’m coming at the show from a different entry point than Sam and Jen, in that I instigated the production to begin with. The first time I heard about White Rabbit Red Rabbit, Randolph and I were at the Philly Fringe Festival for my 33rd birthday. And as I read through the descriptions of each play, I was forced to choose between WRRR and a show called The Adults.

Obviously, since I’m performing, we did’t see WRRR that night. But the conceit of the production—performing a show you’ve never seen or read—was so memorable that it floated back up in my mind when I read about the New York production this summer. But, being the stubborn person I am, I thought, “I don’t want to go all the way to New York.” Then I realized one surefire way to see the show was to produce it here.

As for what makes it attractive to me as a performer—I’m a big fan of creative risk. I think every artist should embark on a journey to undertake work that truly scares them.

So, here’s the official word: this prospect of performing this show scares the hell out of me. Which is the main reason I’m doing it.

There’s a moment that happens when you’re performing a live show. You’ll hear actors talk about the way an audience changes the material. And they’re right—an audience makes a scene completely different than when you rehearse to an empty room. There are no rehearsals here, but it goes beyond the lack of practice.

The bond between the audience and the actor is the work. By that, I mean the play itself, but also the effort. The follow-my-lead of it all. The are-you-with-me-so-far? relationship. The moments when the actor is leaning forward and the audience is leaning too, and the thing that catches them is the material wed to the delivery.

That’s what I’m most excited about. The symbiotic relationship between the actor and the audience and the work.

I’m big on eye contact. There’s a rhythm to most scripts that gives you room to maneuver. A pause for breath. And in those moments, I’m hoping I can look out and see that the audience is with me. I’m hoping to find the cadence, and find it quick, so I can adjust to the mystery, so to speak. So I can find a place to stand, even if it’s not the surest footing. And, if nothing else, at least I’ll know where I’ve been as it goes on.

I keep telling myself, “This is and is not a cold reading.” But since it’s a monologue, I’m also telling myself I have to carry it off without flubbing a line. I’m so concerned about mispronouncing or tripping over a word. So the thing I’m going to try to do is remember to take my time. Because the faster I’m going, the starker the interruption will be if I stumble.

For my own writing, I’m currently working on a novel called Conjoined States, which centers on our country’s dangerous fascination with morality, how it encourages surveillance and judgment, and how that constant monitoring results in different types of “passing” as a necessary means of survival. Racially (many of the characters are either mixed race, unaware of their ethnic background, or have a different identity forced on them that doesn’t match their ethnicity [e.g., a Middle Eastern philosophy professor grapples with the fact that she’s targeted as an outsider, but she’s “white” according to the government because that’s how Middle Easterners are documented in the US]), religiously (mainstream Christianity, Jehovah’s Witnesses, and Islam are all part of the book), and health-wise (mental health issues get denied or repressed, and disability and disfigurement [harder to deny] are acknowledged but not discussed). With all of that cheery material covered, the book is also about trust and abandonment and how we can learn to retain the former in the face of the latter, even if it involves destruction along the way.

For other AP work, I’m thrilled about the chapbook we’re publishing next month—Krysten Hill’s debut collection, How Her Spirit Got Out, which is such an important series of poems about the way black women cope when they’re confronted with personal and political violence, and specifically how one black woman walks many paths in order to arrive at selfhood. Plus, Jill McDonough recently had these choice words for the collection: “These poems are a middle finger tucked in the hip pocket of your favorite dress.” Plus, check out these covers:

Read more about Carissa and the rest of the cast at the WRRR page, and to see Carissa in White Rabbit Red Rabbit, reserve your seats for opening night, Monday, November 14! 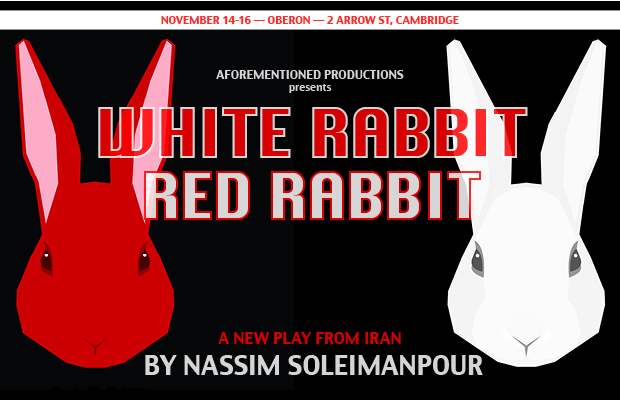