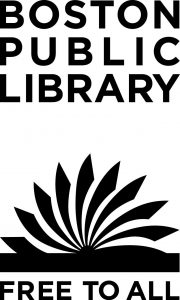 Last year, I (Carissa) attended an inspiring event that coincided with Inauguration Day: the Greater Boston Writers Resist event, which was organized by a small group of volunteers and co-sponsored by more than two dozen area literary and democratic institutions (including AP). Before the election, I’d voiced concerns that our first amendment rights were being threatened, and since then, to no surprise, those threats have materialized. The travel ban targeting predominately Muslim countries, the gag order on the EPA (and countless other organizations), White House Press Secretaries telling reporters how they should cover the news, and proposed legislation that would make it legal to run over peaceful protestors.

As I’ve mentioned elsewhere, gathering is an important tool in resisting, but since writing is such a solitary activity, writers don’t often get together to produce work. Our resistance instead happens on the page. Luckily, Writers Resist events solve that problem.

And as last year’s GBWR event proved, there are a lot of writers in the greater Boston area who want to band together to combat white supremacy, fascism, and denial of our country’s ongoing social problems—there were so many people at the reading last January the library broadcast it into the lobby so the people waiting in line to come in could listen as well.

Of course, showing up is only one part of resisting. I’m invested in starting a conversation to ensure that our resistance exceeds the reach of picketing. I want to talk about how resistance becomes persistent. To that end, I’ve partnered with the Boston Public Library to host the next Greater Boston Writers Resist Event, which I’m calling Greater Boston Writers Persist.

All the authors who are reading have devoted many pages to political and politicized issues long before 2016, so this promises to be an exciting, necessary event. Join us on Saturday, June 23, at 1-3pm in the Boston Public Library to hear how writers have used their writing as a means of civil disobedience, and how we as fellow writers and readers can follow their lead.

More info to come, including the full line-up and partnering organizations, in the next two weeks.